Now she’s done much greater feats — including a 4 mile mud run with 20 obstacles last June, but this was her first timed 5K. We did great! 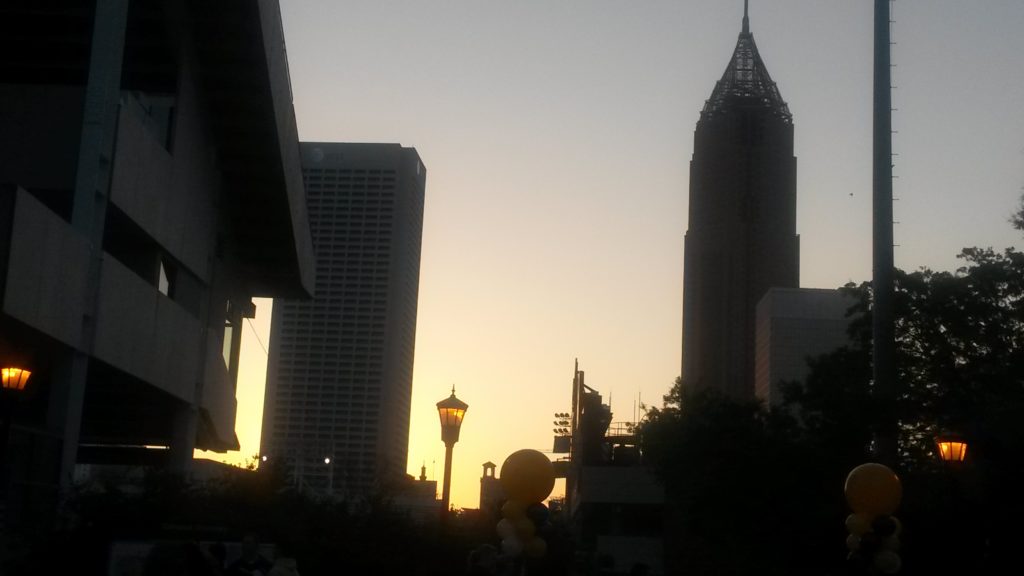 Beautiful day for a race. I’ve been resting since Wednesday so it was nice to run again. With the race, I’ve only clocked 13 miles this week. (Yes, I said *only*. Isn’t that a crazy statement?! A couple months ago I, myself, would have found that to be a crazy statement.)

Stopped for a picture in the stadium. I said, “Stadium Selfie!” and someone said, “I’ll take the photo for you”. And then I was embarrassed because I said the word “selfie”. Maybe I’ll start saying, “picture of ourselves”. I’m sure that will catch on. 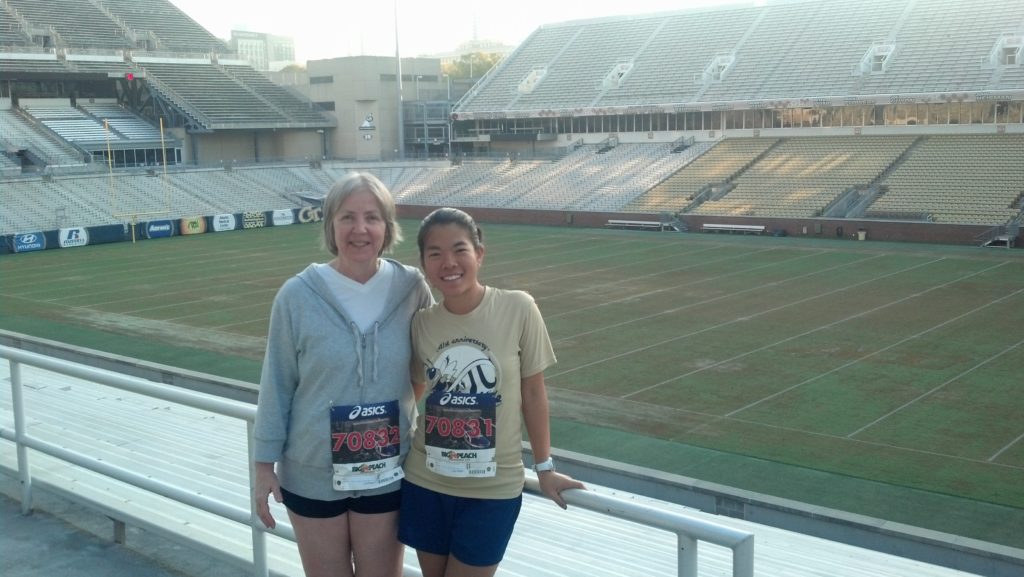 Better than a selfie

Second year running this race for me. I love this race. It’s low-key, small race with easy parking and I get to run around my alma mater. Buzz is there, the ramblin’ wreck is there. It’s just a fun time. I’ll be honest though, this year’s route was so-so. I think they have a lot of construction going on so they had to work around road closures. 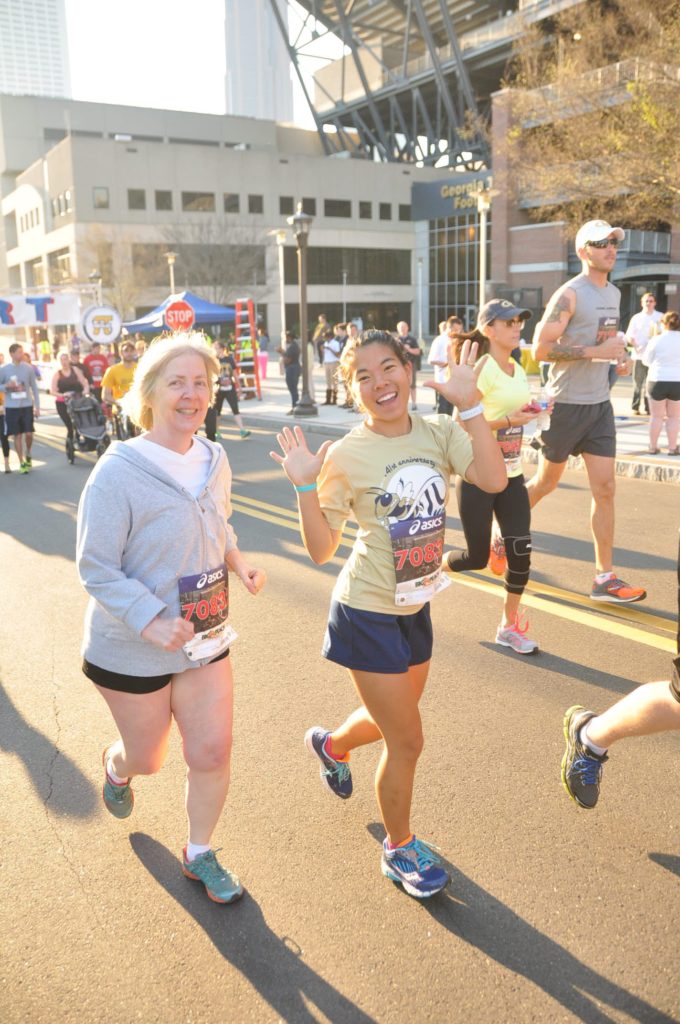 We started in the back, behind the strollers. Mom’s goal was to run the whole time, and we didn’t want her to feel pushed by the other runners. It was a good call. We maintained a steady pace throughout, despite the hills.

Between miles 2-3, I tried to get a YELLOW / JACKETS cheer going, but um, no one showed me (OR TECH!) any love. I waited for flat terrain. My road companions were mainly walkers. No excuse for that sort of no-show. None. Well, maybe they didn’t go to Tech.

Not a really hard cheer though, just saying. 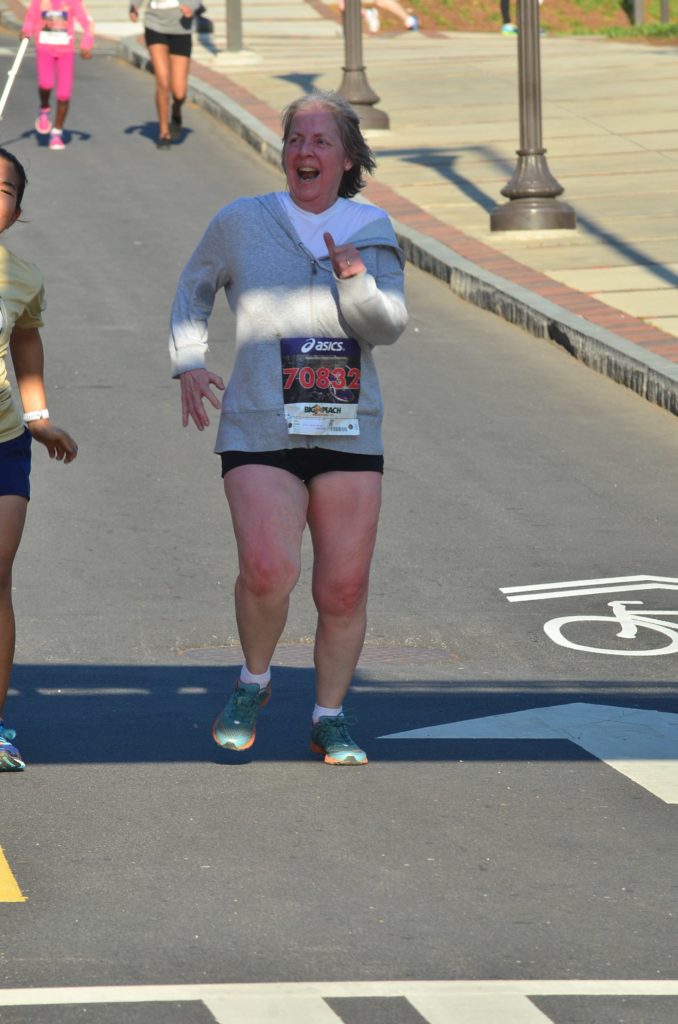 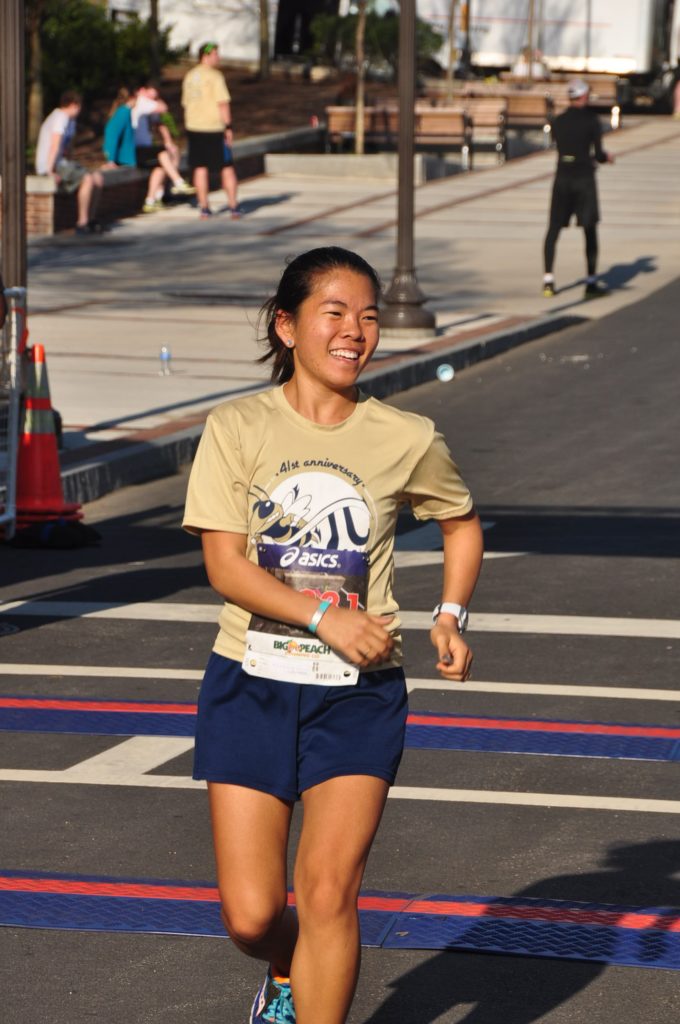 They gave goodie bags and shirts AFTER the race, which I love since I often don’t have a spectator to hold all my crap. When they offer before & after, I get scared they’ll run out of my size, so I pick up sooner rather than later. And then run back to the car and shoe-unlock the door.

Thanks Tech for another wonderful race.

By the way, the stolen “T” has been returned to the tower for those wondering.

Check out my other GT Pi Mile Race Recaps: