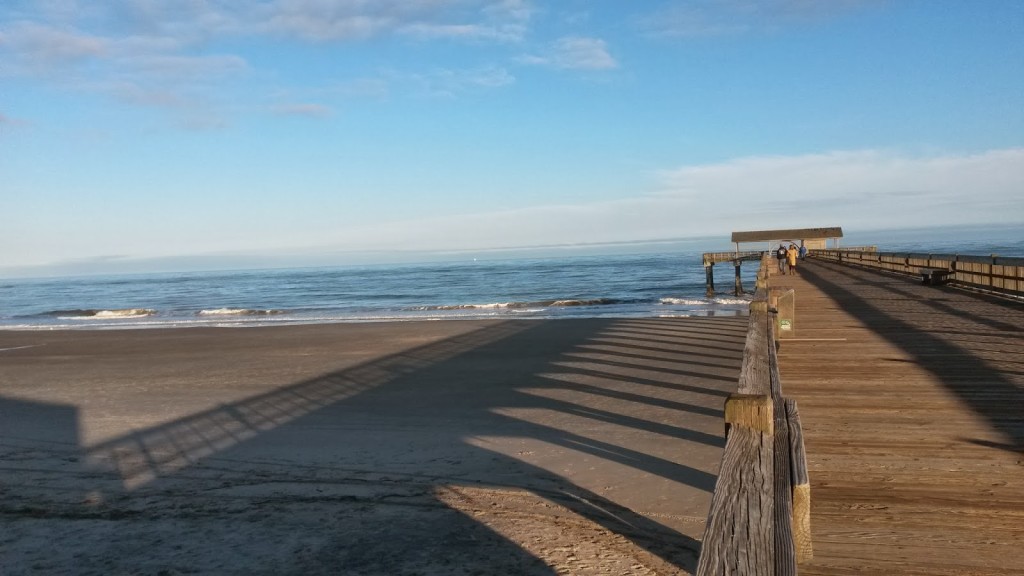 After about 9 months of inactivity and not-running, I paid for 4 races, including a marathon. The first was Tybee’s Run Fest 5K on Tybee Island. I got a personal best. 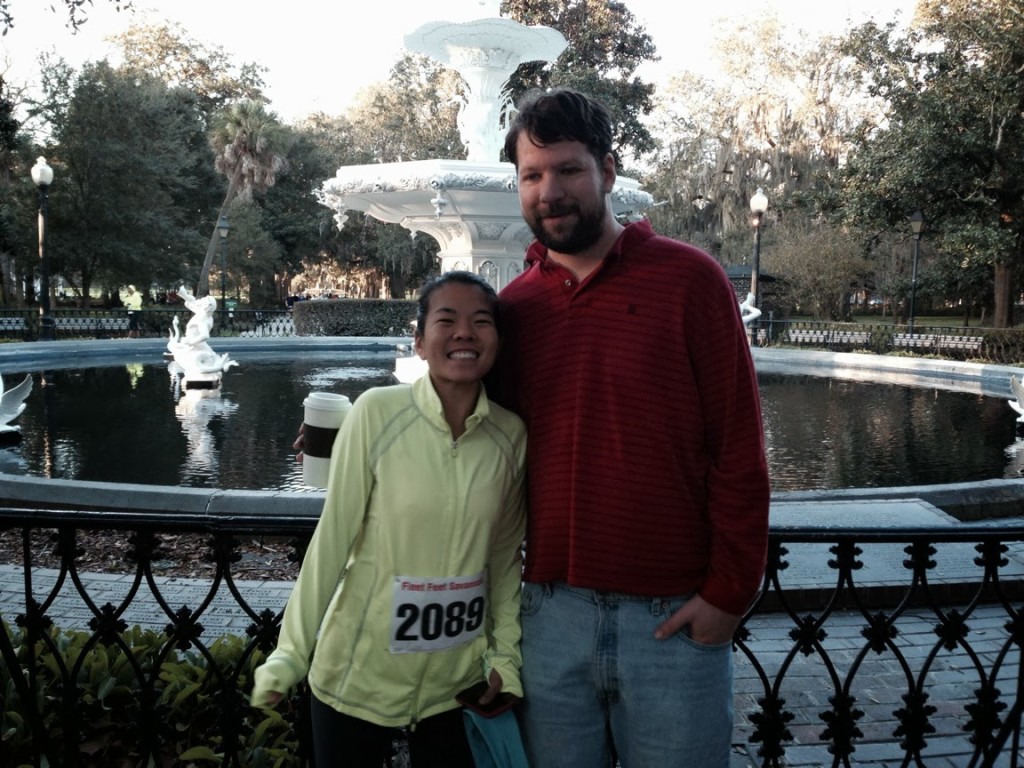 February I ran the Run for Preservation 10K in downtown Savannah, my first sub-60 minute 10K (59:51) despite peeing my pants. 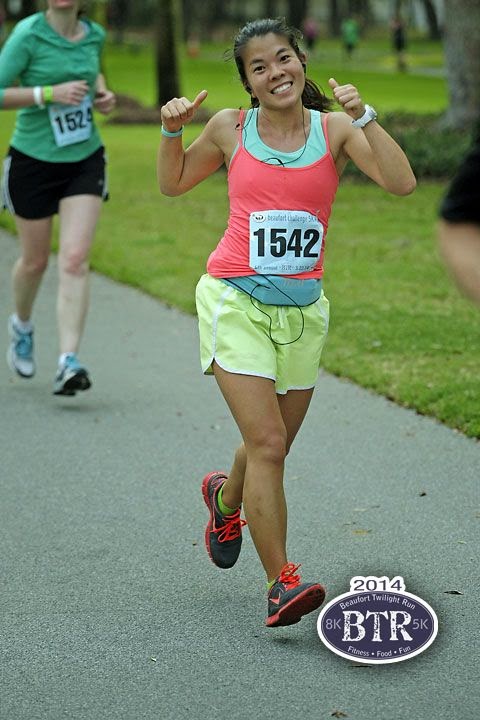 I ran my first double race and first out-state-race in the Beaufort Twilight Run — a 5K (which I PR’d with 27:33, but am unsure if the distance was officially measured) and an 8K (46:40). Fabulous race. 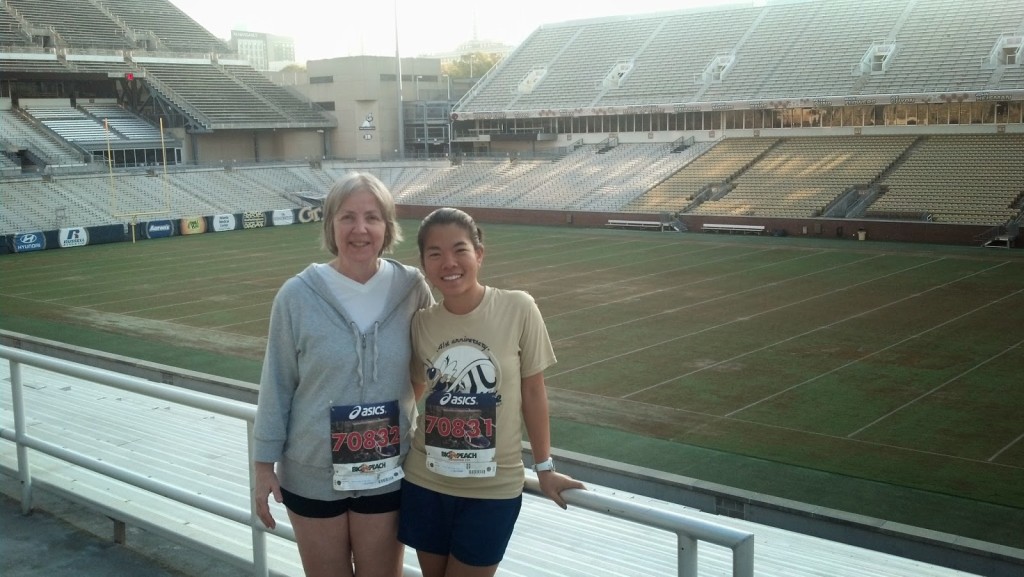 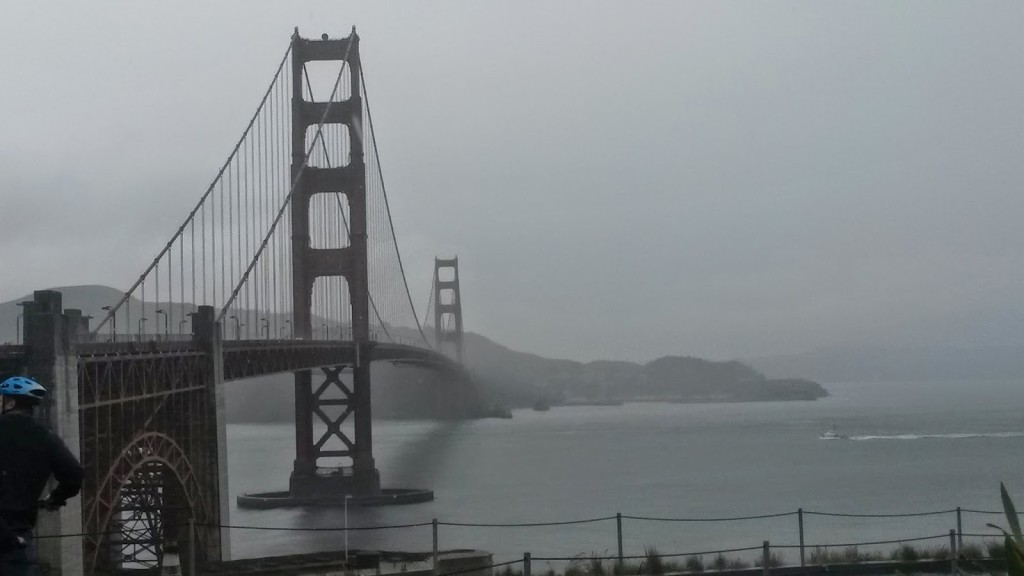 Two great events in April. I ran with my mom in her first 5K (The Pi Mile Race) at my alma mater, Georgia Tech. I was also sidelined with plantar fasciitis for the next few months, but made a wonderful trip to San Francisco with my friend, Melody. 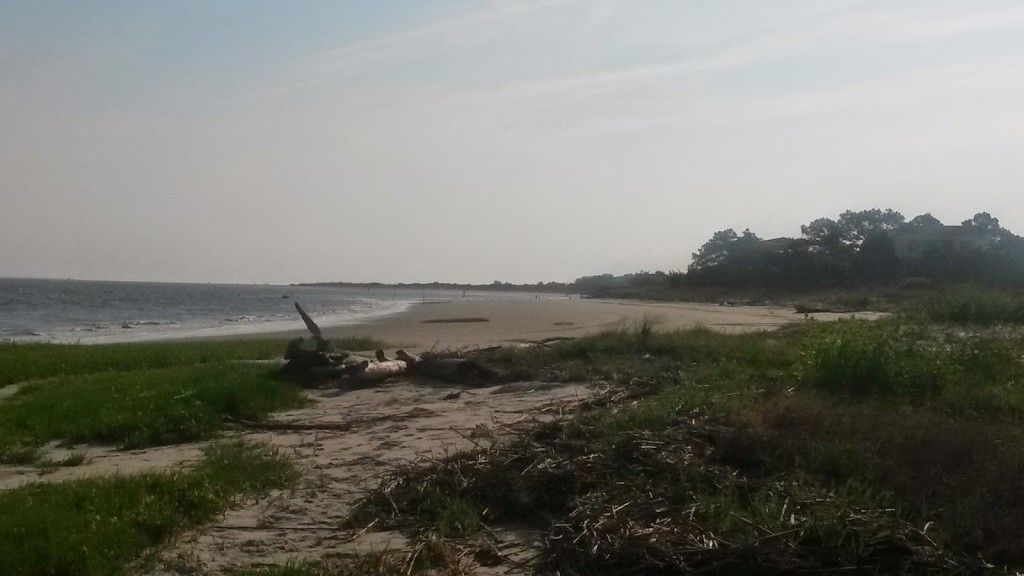 Finally found/ran to the end of North Beach on Tybee Island, on Memorial Day. I’m getting married on this beach in 2015. 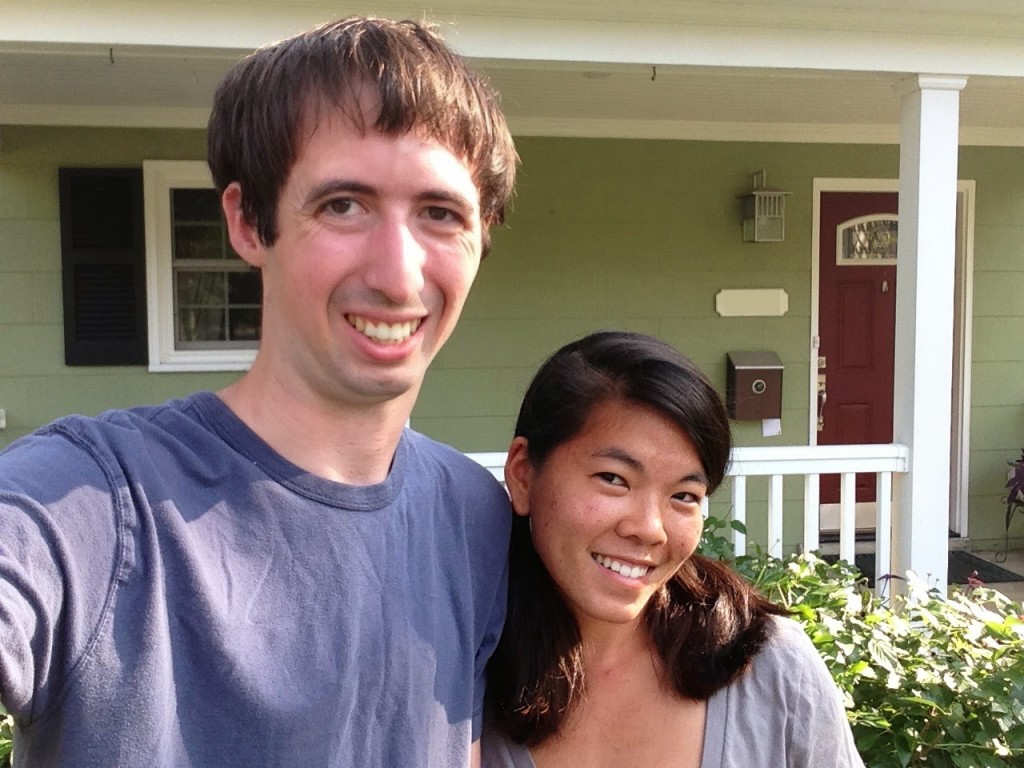 We became homeowners! We bought a house in midtown Savannah, built in the 1940’s and absolutely love it.

I got my new running partner, an Australian Cattle Dog and began marathon training. I was still unsure about the marathon at this point — injuries had sidelined me and I was trying out new shoes, worried if I could even complete the first 6 mile long run in the training program. 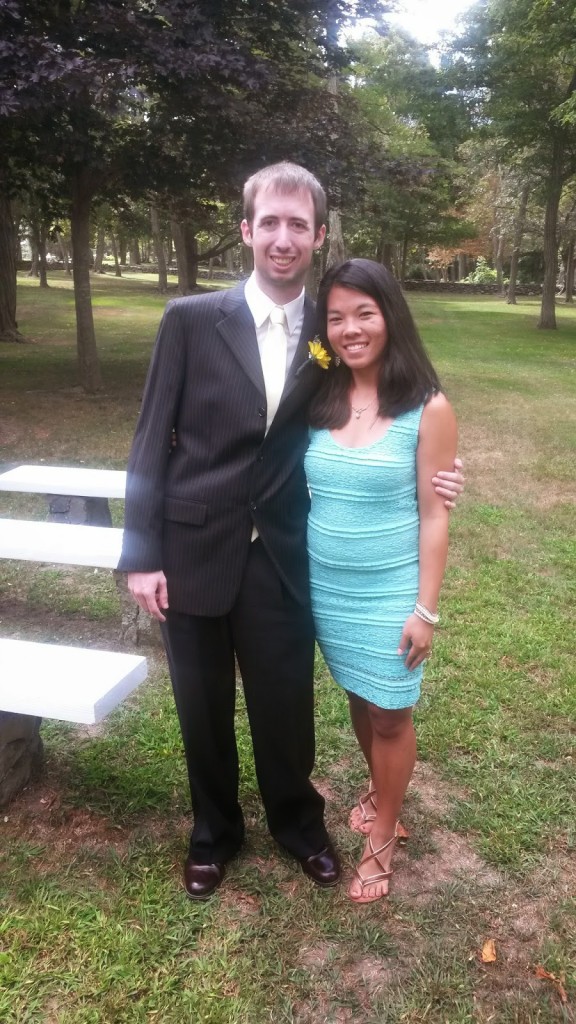 In August I continued training for the marathon. We took a whirlwind trip to Massachusetts – TF was the best man in our good friend’s wedding. And we set the date on ours. 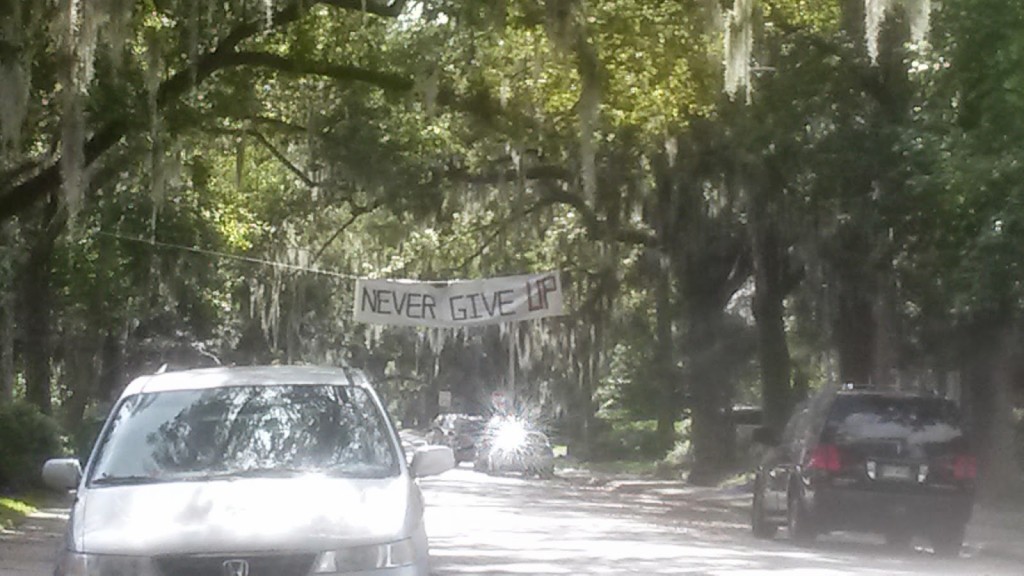 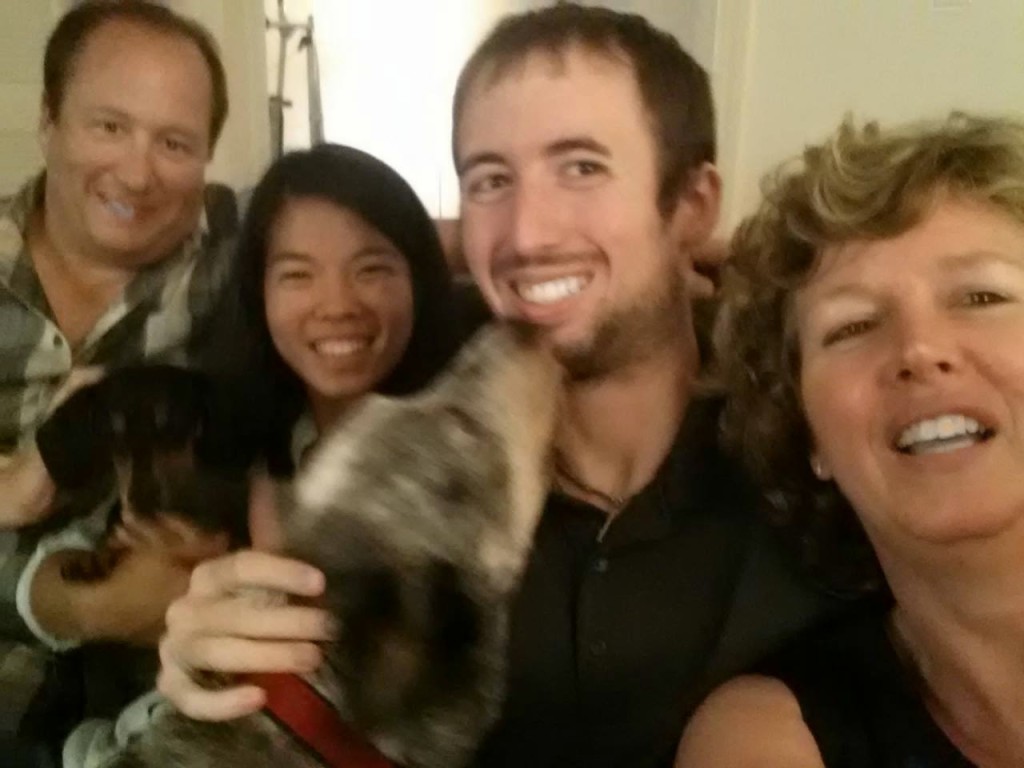 My first half-marathon length long run (sign found during my last mile). TF’s parents and both his Grammies came down to see the house and visit Savannah. It was a lot of fun. 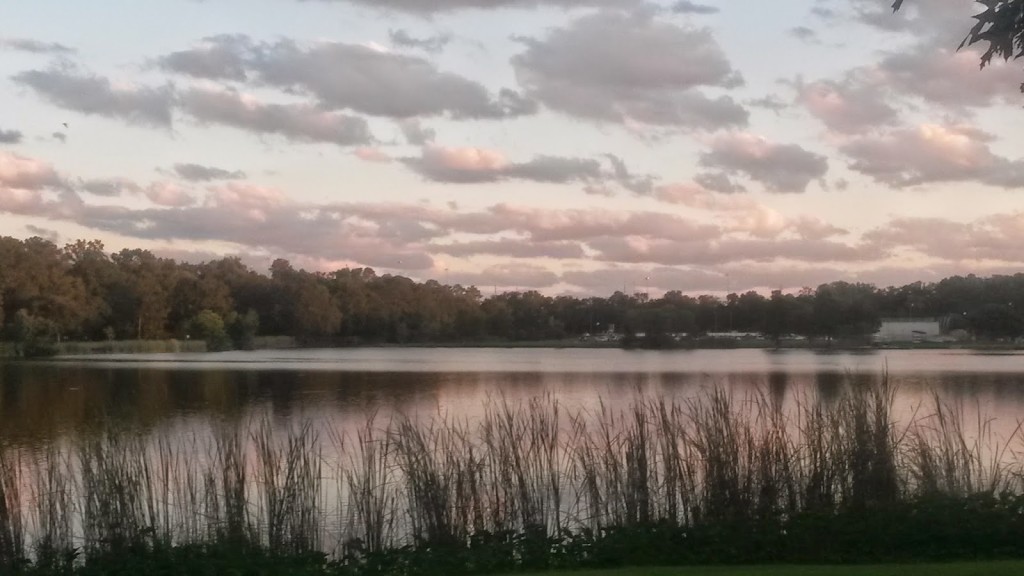 I ran 140 miles in the month of October to train for my first marathon. My friend and her boyfriend from Israel visited us as well!

I ran my first marathon in 5 hours and 4 minutes. I also ran through a novel, fifty thousand words in 30 days. We went to the GT vs Clemson game, and TF’s sister visited for Thanksgiving! 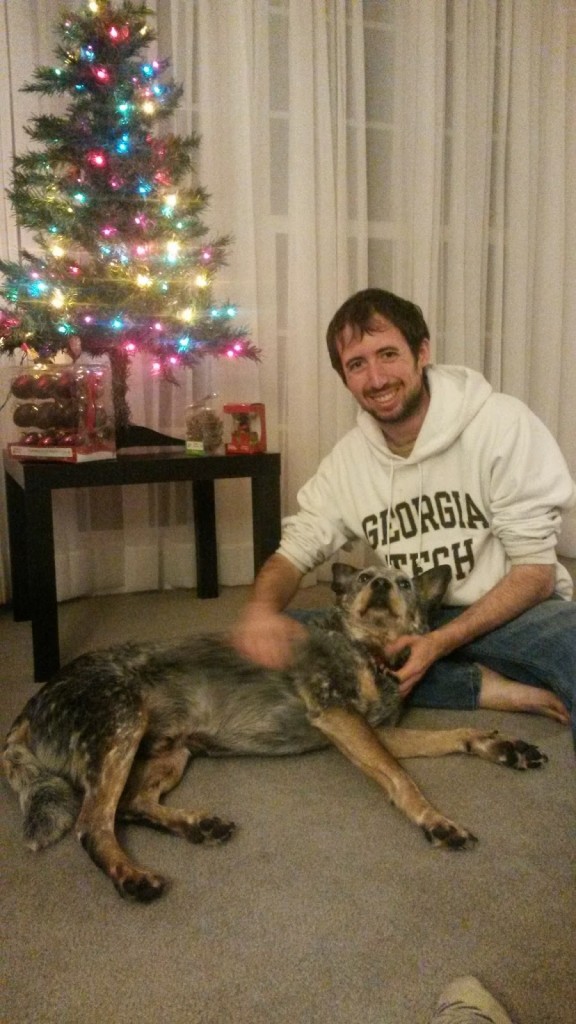 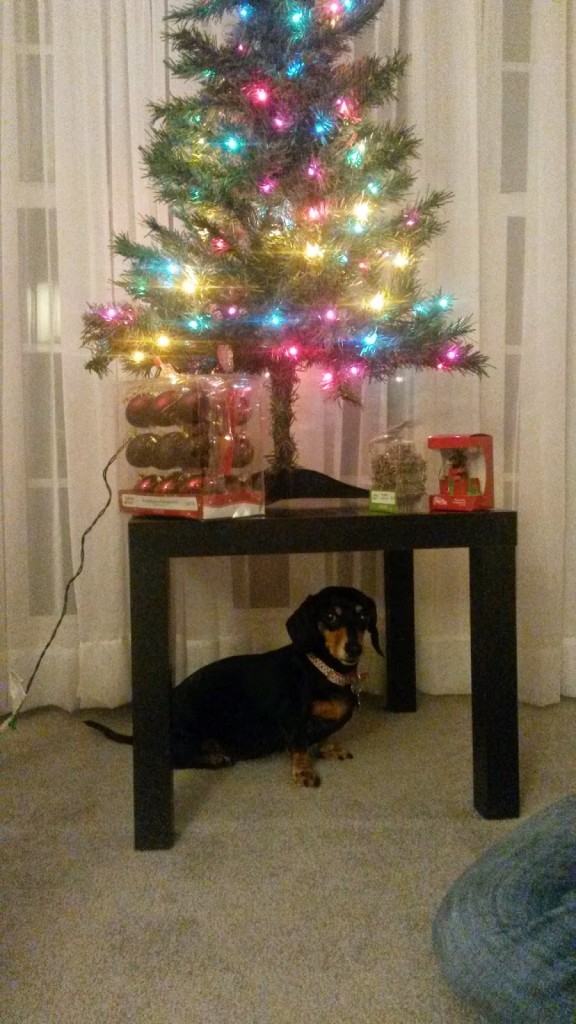 Christmas brought my parents, two siblings, Grandma, and their large puppy! We didn’t take any pictures. We forgot. It’s the memories that count!