Oakley’s dog backpack (Ruffpack’s Approachpack) came just in time for a heat wave — it’ll be high 90’s for all of this week.

I’m afraid he’ll overheat if I walk him in it, but this morning was low 80’s so we tried it out on a 2 mile walk. 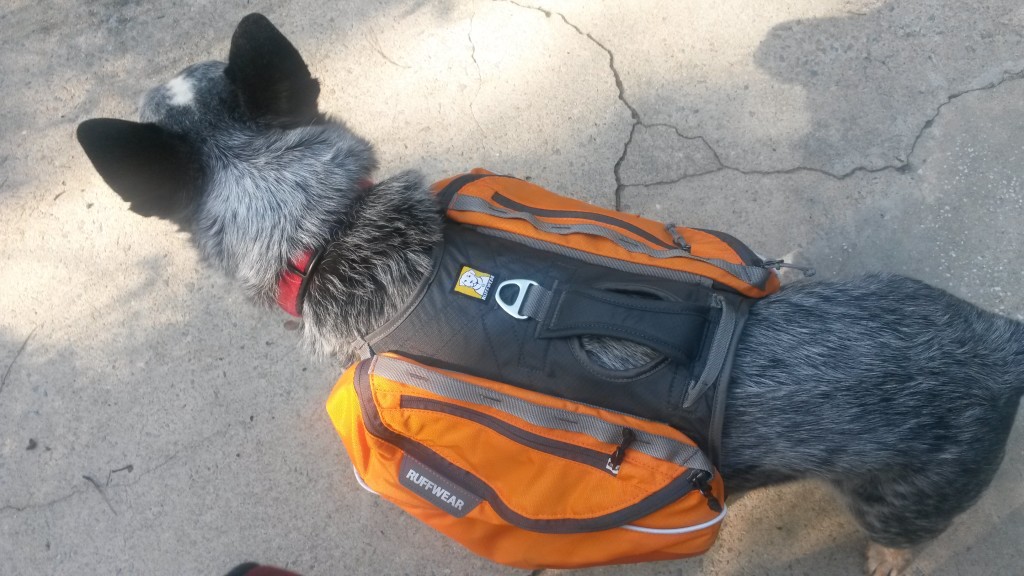 I wasn’t sure if Oakley would understand that he now had a job. However, I noticed a change in him as soon as I put my phone on one side and counterweight on the other. He also carried the keys and the doggie bags.

He is a good walker in general, but does enjoy sniffing all the things, peeing on all the things, and chasing dragonflies or squirrels. In his mind, today, he could not do any of those things. He had a job. He had to carry “the stuffs”.

I could see it on his face. “Ohh, a squirrel!” with an alert face, ready to dart. And then calmness and looking forward on the trail, “but I can’t chase it. I have to carry the stuffs”.

“Hm, that smells interesting… but I have to carry the stuffs”

“Oh, a dragonfly… but I have to carry the stuffs”

He did such an excellent job carrying the stuff. However, when we exited the trail, he was greeted by his nemesis, The Bicycle.

Oakley said, “Screw the stuffs, I’m gonna get The Bicycle!”

It’s a work in progress.