St. Patrick’s Day is a GIANT thing in Savannah, Georgia (although The Husband and I didn’t know that when we wandered down here for Spring Break one year). There is a giant parade. People come from miles around. And, Fleet Feet hosts a St. Patrick’s Day Run in Savannah called Top O’ the Morning.

The run starts at Fleet Feet near Daffin Park (2.5 mi from Forsyth Park). It goes downtown following the parade route. The Top o the Morning’ Run is a fun casual group run. There is no timing, no registration, no bibs. It’s free! It’s a bunch of runners wearing green enjoying a run before all the festivities really get started. 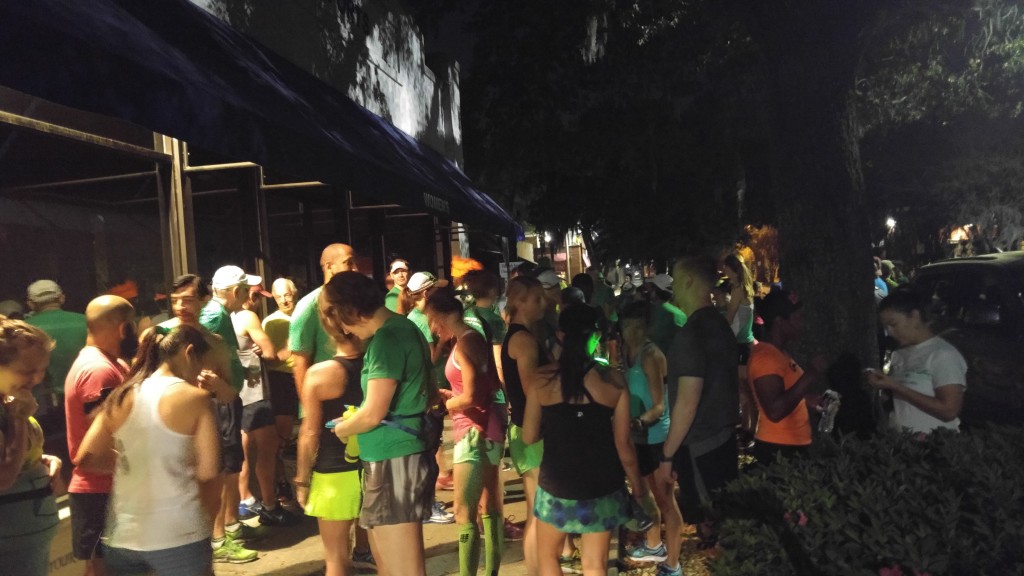 Some of the group in green 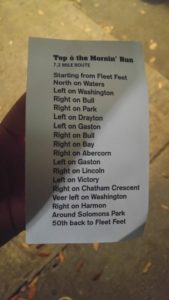 The run started at 6:30AM with a suggested route of 7.2 miles but they stress you can go any distance you want. The directions looked complicated, but it was really taking Bull St. down to Bay St. and taking Abercorn St. back, just going around some of the parks and squares that inundate downtown.

It was fun to run the parade route. People had already setup their little camps hours before. Some of them practiced cheering for us. Vendors were selling absurdly large and absurdly green items. One vendor promised his hats made you run faster, but unfortunately I didn’t have any cash. 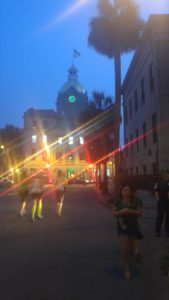 I made a new friend during the run and we followed someone who took us on the FULL parade route. It ended up being 7.55 miles when we got back to Fleet Feet. We spent most of the run vacillating about coming back to see the parade at 10:15. All the excitement was contagious. However, when we got back to our homes and saw it beginning to rain, our dedication quickly waned.

I watched the parade from my living room couch. 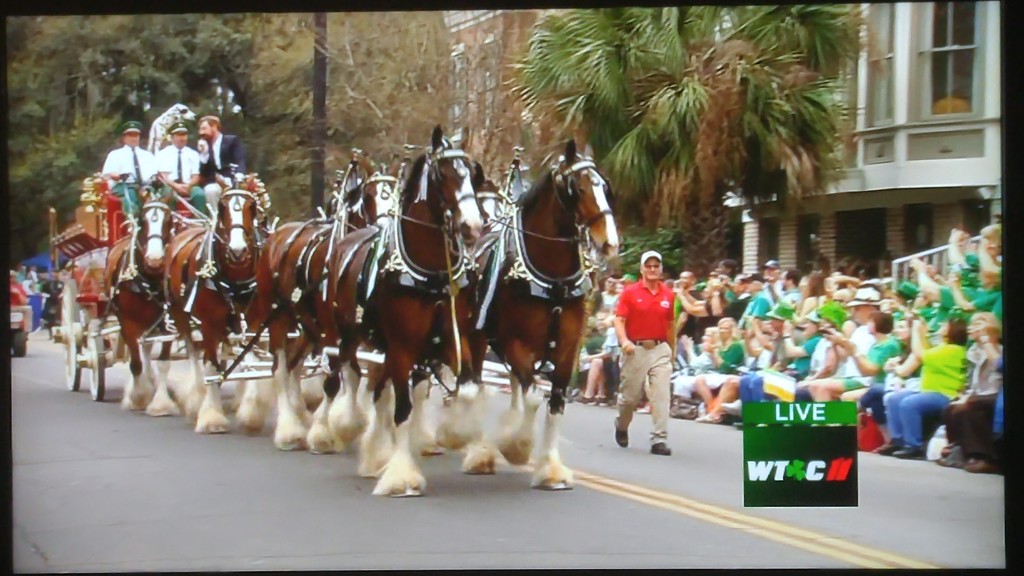 I highly recommend the run. It’s a great way to meet people and burn some calories before drinking all that green beer. And maybe I’ll make it to the parade one year… maybe. Get more info at Fleet Feet Savannah.

Does your town celebrate St. Patrick’s Day?
Are you going to consume a green beverage today?