This is part 1 of a 2 part series on How I Started Running.

First, you should know: I never liked running.

I was very vocal about it. My motto was, “I don’t run unless an angry bear is chasing me, and mind you, she must be angry.”

But one summer, 9 years ago, I decided to give running a chance. Spoiler alert: I ditched running a few weeks after I completed the Couch to 5K program and didn’t run for years afterward.

My Thoughts on Running:

The Couch to 5K Program 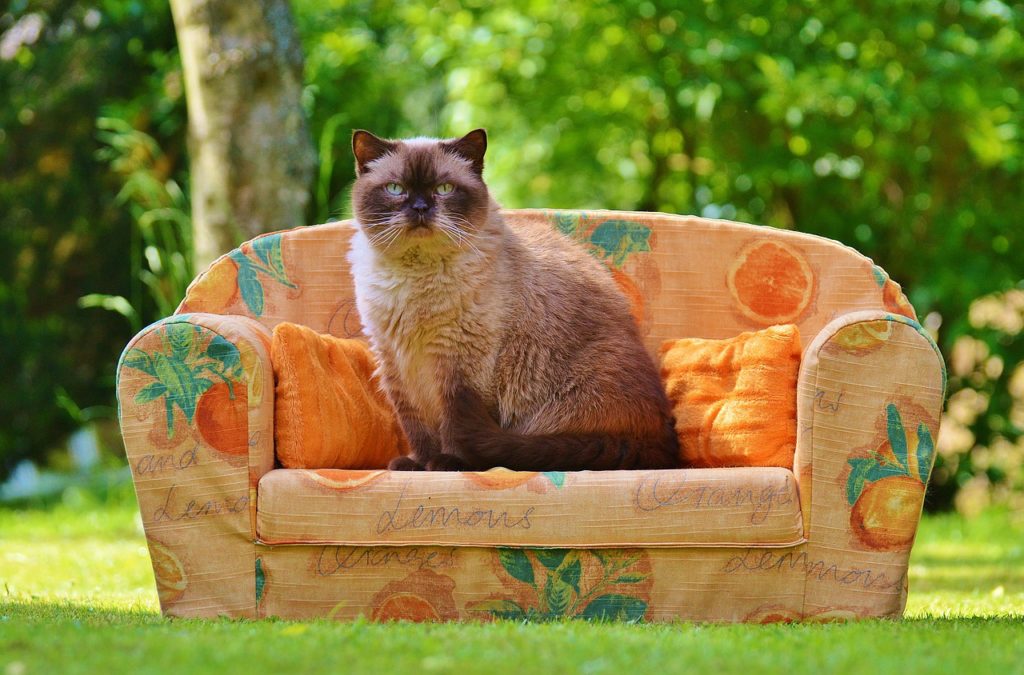 I used the Couch to 5K Program which trains those with no running fitness (possibly like this cat) to run 3.1 miles or for 30 minutes straight. The 9 week program uses intervals of running and walking to avoid the exhaustion and failure that many beginning runners face. For example, the first day is 20 minutes repeating intervals of running for 30 seconds and walking for 90 seconds.

How I Started Running

In an attempt to accurately recount what led me to running, I went searching through old journals. I surprised myself with the context surrounding my first running program. In my head, the Couch to 5K thing was sorta an anomaly that existed by itself. But it does not. 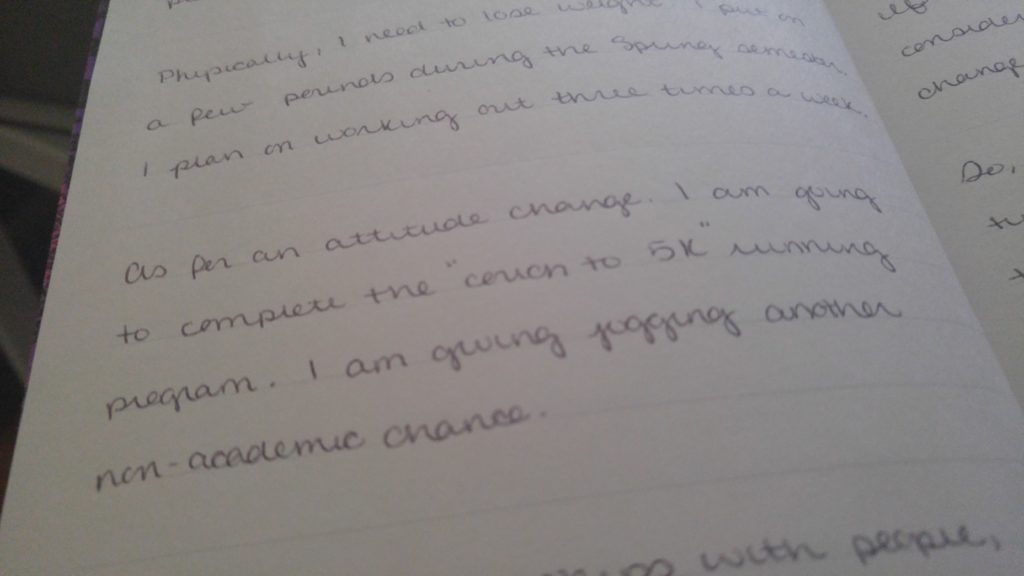 Two things stood out. First, I was in the mood of self-improvement. I felt stagnant and wanted to kick-start some things in my life to remove that feeling. Oddly enough, my couch to 5K goal was not under a physical goal, it was under “an attitude change”. Apparently as someone who knew nothing about running, I knew the secret of running.

Second, I never connected that the summer I completed the Couch to 5K and ran a few weeks afterward… was also the summer I started medication for depression, which was the beginning of another kind of long journey.

I’m amazed at the slurry of emotions in that journal. I can sense I didn’t feel any control over my life. This entry in which I mention running looks plopped in. The handwriting is different – it’s neat and unfrenzied. And then I go back to chaos. I understand why I didn’t keep up my running program, but I wonder if life would have been a bit easier if I had – if I had something stable and mine.

First week of school after 2007 summer

I logged my 2007 Couch to 5K journey on the now-defunct 43things.com. It was a popular social network in which you chose up to 43 goals and noted your progress on each one. Using the Way Back Machine, I was able to find the last 10 of the 18 entries I wrote.

Stay tuned next week for those entries in How I Started Running, Pt 2.

When did you start running?

How did you feel about running before then?