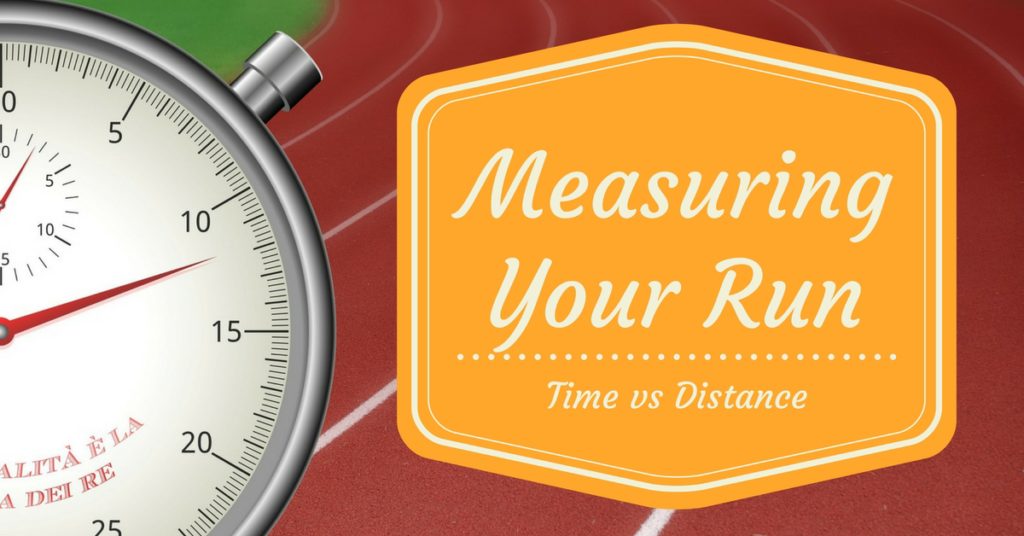 Studies show that your pace is steadier during a time-based run and that you finish faster during a distance-based run. This is because your brain processes time and distance differently. The constant feedback of the closing finish line encourages your body to kick into a different gear.

Running by time is perfect for building fitness, whether you are just starting to run, coming back from injury, or building a fitness base before training for a race.

As a new runner, you can’t just go home after huffing out 1 mile. You build fitness by being active over time. Consistent run/walking of 30 minutes is going to get you to faster, longer distances more quickly than packing it up after a short distance. It can also prevent you from running as fast as you can, as far as you can every workout. The pros don’t workout like that, and neither should you.

When rebuilding fitness after injury, it might pain your heart and brain to know your current pace or to cover your regular distance. You are better off running a steady pace measured by time. Your fitness will return. No need to upset yourself with those crappy numbers.

When building a fitness base before race-specific training, time on your feet is more important than the exact miles covered. A long run of 1, 1.5, or 2 hours is more significant than distance.

To successfully run by time, you will have to tune into your body. You will spread your effort over time, rather than your time over distance.

When I run by time, I find it easier to enter a flow state. No matter if I reach the edge of the park in 5:00 minutes or 5:42, my run is not shortened. So, running then becomes about breathing, form, and energy. 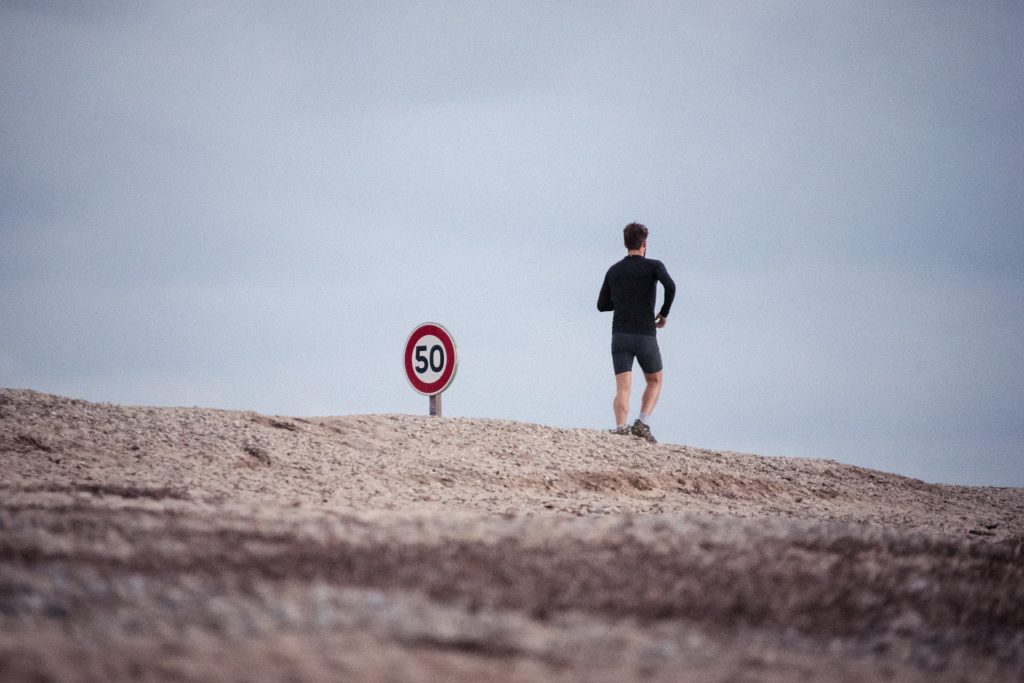 Obviously races are measured by distance, so if you plan to race, at some point you should estimate your distance. In training for a specific race, measuring distance ensures your abilities are in line to cover that distance.

The constant feedback of distance also helps you learn and use different paces.

When training for a 10K PR, you can practice running 3 miles at your 10K goal pace and 8 miles at your half marathon pace. Measuring distance makes that possible.

Running by distance also encourages you to get into that next gear at the end of your run, mimicking what you would do in a race.

I primarily use distance for convenience-sake. I can plan looping routes that will land me close to home at the end of the run (although if measuring by time, doing an out-and-back and turning around halfway through is simple enough!). I do not worry about stop lights or traffic disturbing my time measurement.

Reframing for success and failures

When I did the Couch-to-5K program those many years ago, I measured using time, because that was easiest to measure. Within 6 weeks, I had reached 30 minutes of running. While not 5 kilometers, I felt the success brought by the milestone.

If I had run by distance, my successes would be differently spaced. Measuring progress by time stopped variations in pace from hurting my ego. As an experienced runner I now know that pace varies with terrain, weather, recovery from last run, beer consumed, and little reasons you can’t pinpoint. But as a new runner determining if I COULD run… I’m sure I would have found myself at fault. 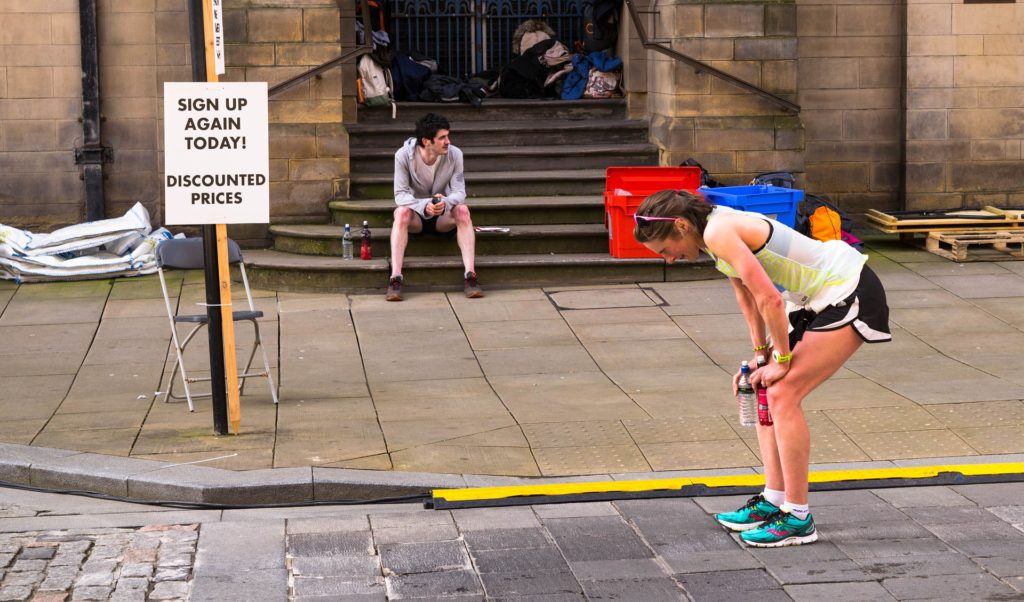 When I was a newbie trying to run longer by illogical leaps and bounds, I hit a huge failure measuring by distance.

I followed an unhappy 8 mile run with a 9 mile run the next week. Why? Because 9 is more than 8. After 2 hours of running and walking, I felt miserable in the heat without any snacks. But 9 miles was not done, so forward I crept.

I felt like a failure and then concreted my failure by giving up on running for months afterward.

If I had measured progress by increased time on my feet, I would have seen truly seen the difference between those two runs. If I had gone out there to run based on time, I probably would have felt successful. Happy, even.

How to measure your run

Starting a run with preconceived notions and then beating yourself up when you don’t go exactly far enough or at exactly the correct pace is a surefire way to make a run (and even a runner) go down the crapper.

During planned hard workouts, measure and push. But when you’re running easy or recovering (most of the time), don’t get mentally caught up in pace or miles covered.

You can run without time or distance measurements. It’s true! You can measure your run by effort, by ease, by breaths, by feeling, by your love of running. 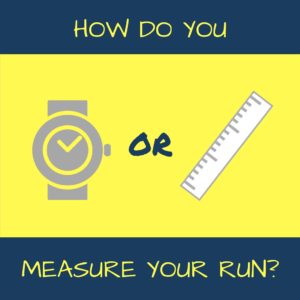 What percentage of your runs do you “measure”?

Do you measure primarily by time or distance?